I was going for my daily fix of Punkin's Patch and found a fun set of images. She had Posted photos with at least 5 things in them. I thought what the heck. I have a huge set of photos taken from all over the place..this should be easy!  Humn...I have huge set of photo's with two, three or maybe 4 "things" in them but 5 or more....sigh!

Here are my "5 things" shots..I hope they qualify and make you smile. They come from all over the place with a wide subject matter.


#1   This was taken at the Cabela's Store In Ft. Worth, Texas. The mounts are all of different species and were there just to view. If you have never been to a Cabela's take the time to go. The stores are amazing with everything from aquariums to furniture.  They also sell a confection called Moose Poo! You don't have to buy anything there is just so much to see. However they have outstanding quality clothes and  outdoor gear....well they  have almost everything you could want! 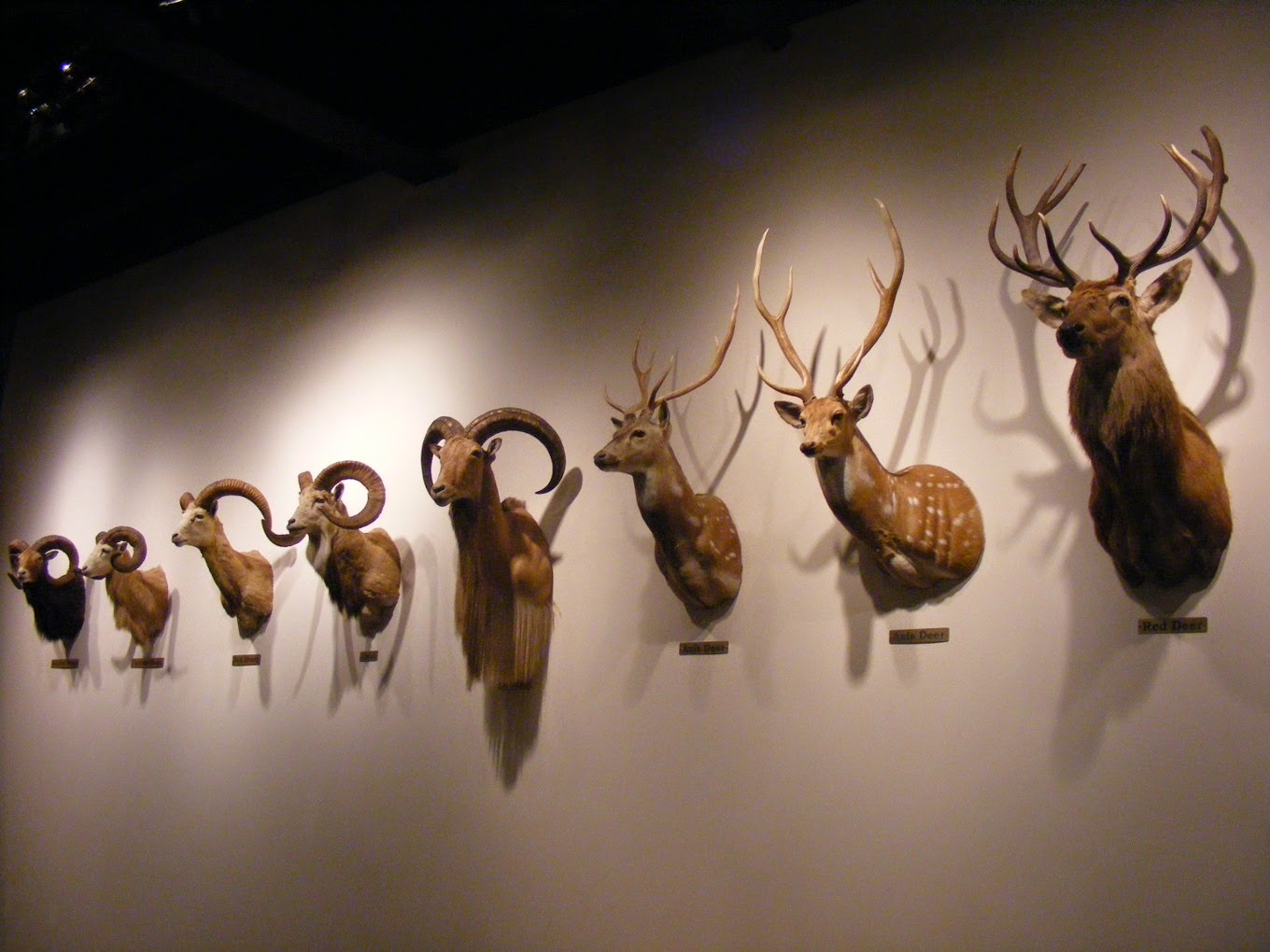 #2    Tulips next door. Our neighbor has an old flower bed they are gradually removing. I find it sad as the flowers were so beautiful and they had varieties that were in bloom at all stages if the  year. I took this photo of tulips in the old bed and they were simply so lovely! They are gone now but I have this image of them. 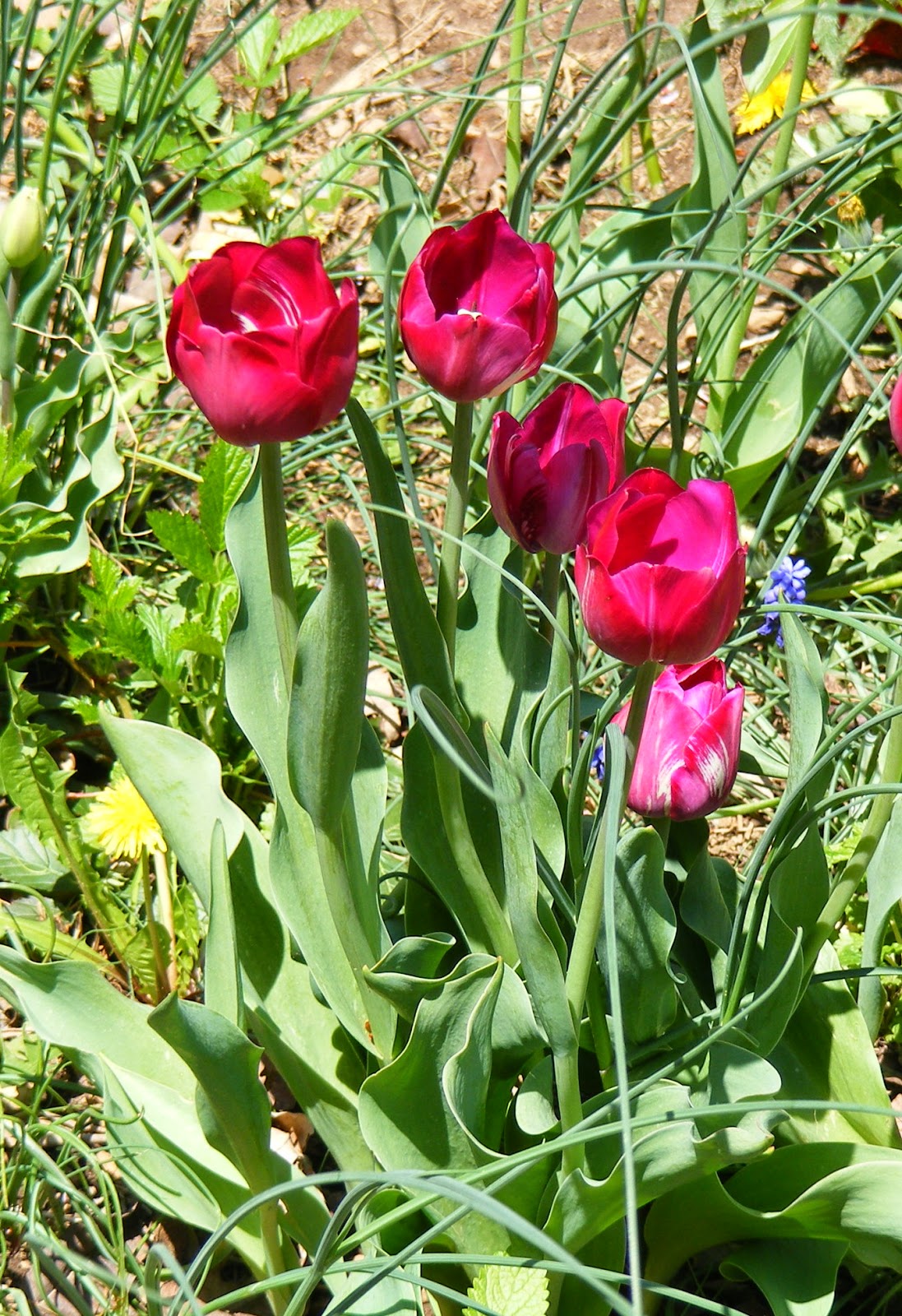 #3   Ahh our colorful potatoes.  There are Adirondack Reds, Pontiac, Kennebec, All Blue and Adirondack Blue in this photo. I was lucky to find the peice of gingham to put them on for this picture. I love "tater's" and this pic is so full of bright color! How can you have plain potatoes after growing these? 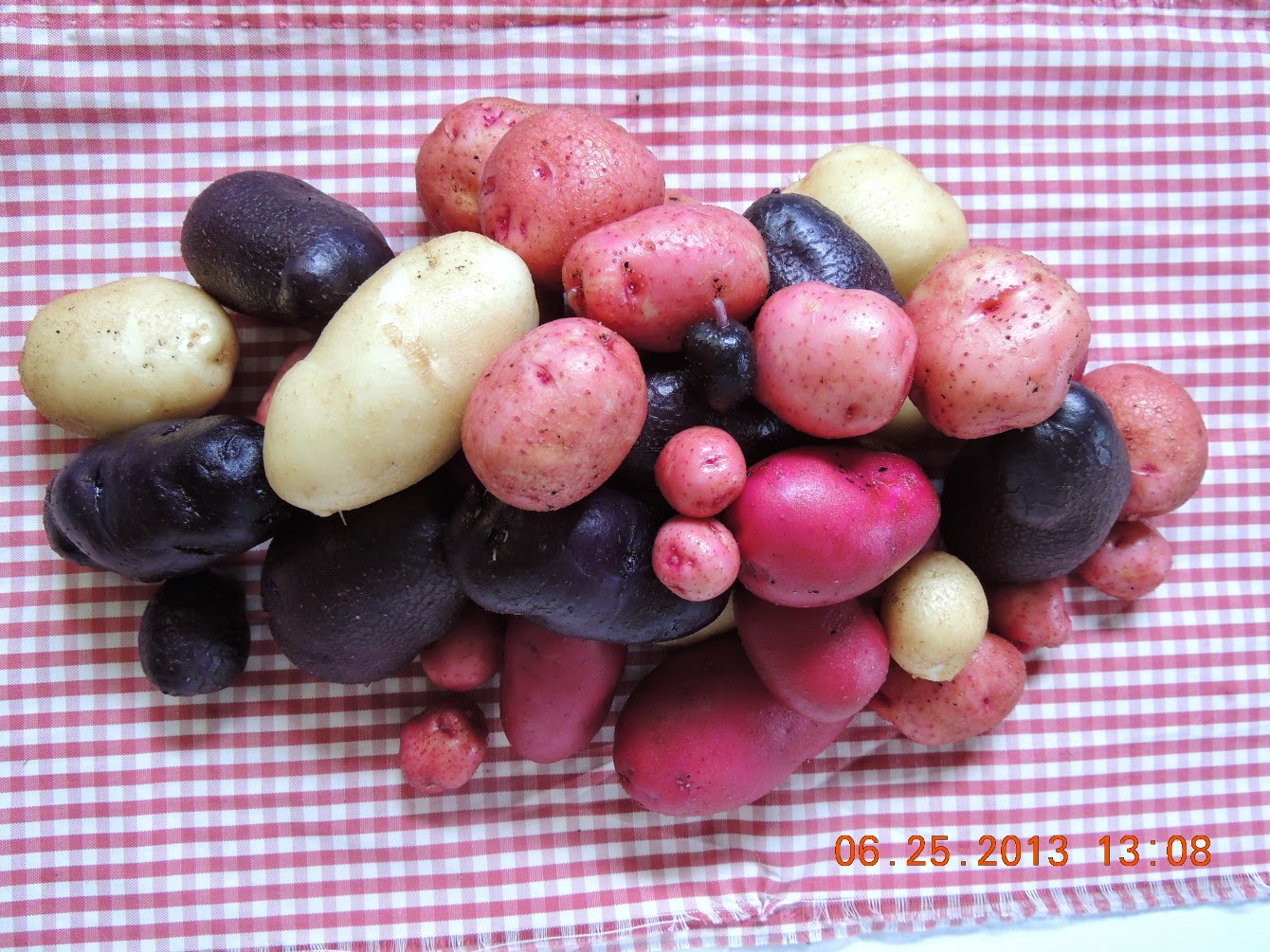 #4   Wild Turkey's....it took me ages to get this photo of the wiley birds. I have lots of photo's of one or two Turkey's but group shots are a challenge....I am always amazed at how fast they walk! Heaven forbid they see you.....then the dispersal rate of flying and running turkey's is spectacular! 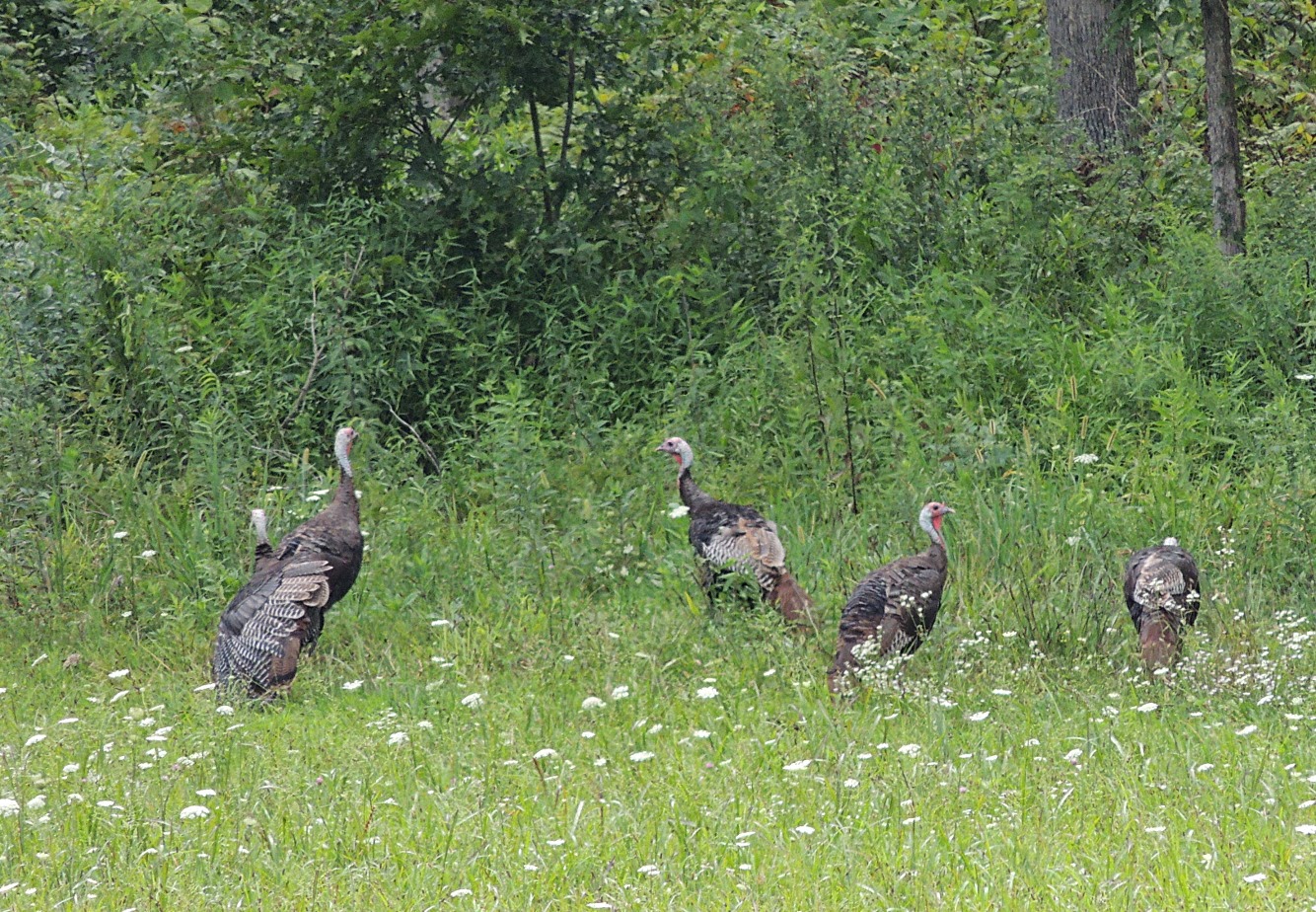 #5   Daffodil's are the happiest flower don't you think? I took this photo through an old cedar fence and it turned out do nice and bright. I make calendars with photos I take around and about, they are the Christmas presents I send to friends and family. This photo is going to be April! 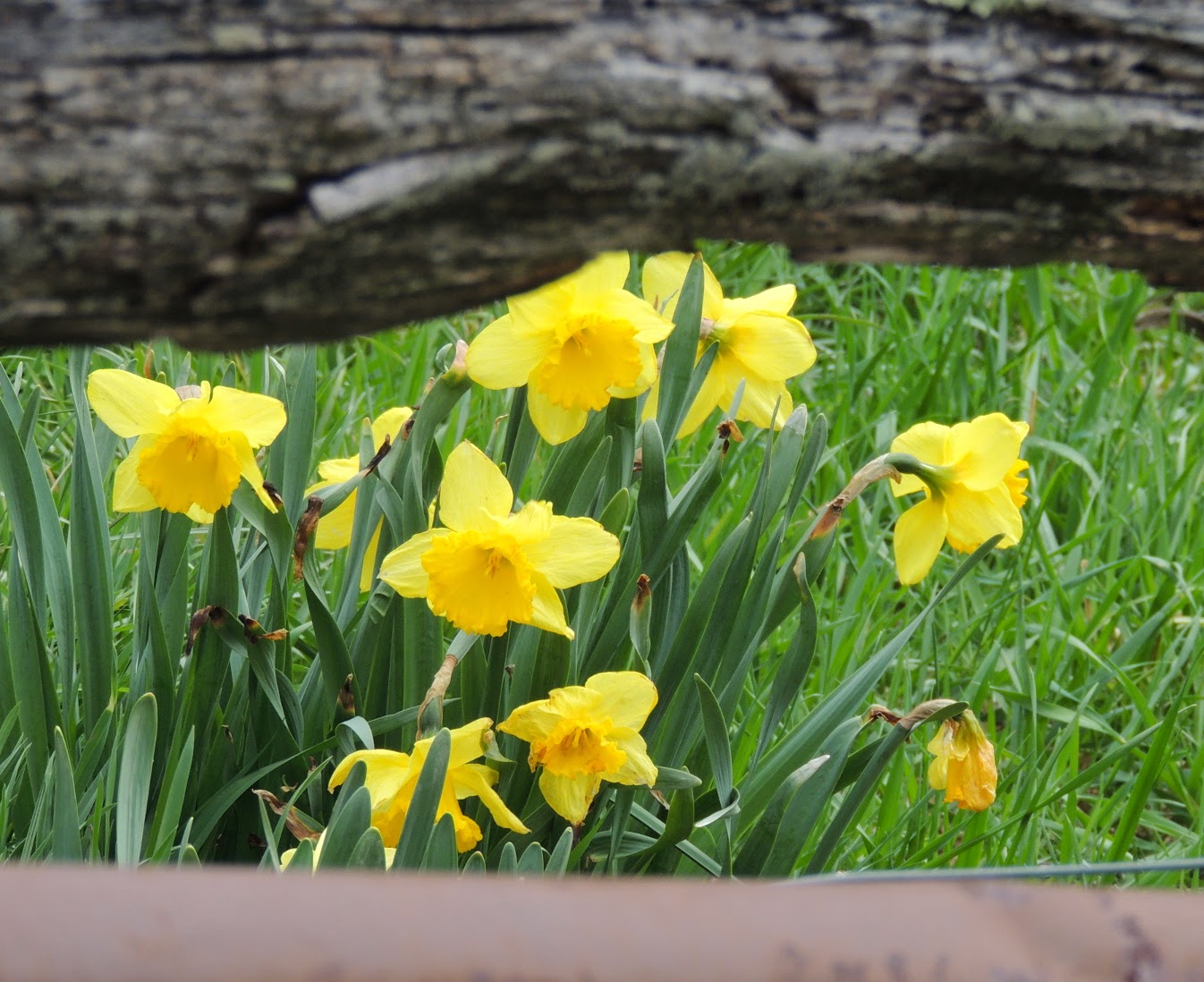 #6      Last but not least...our Peppers are finally starting to show some sign of making peppers!  This is the Orange Pimento which will be of course orange. They are a smaller bell shaped pepper and have thick walls and are a very bright orange when ripe. They add a wonderful splash of color to our garden and of course to salads and pizza and all sorts of things! 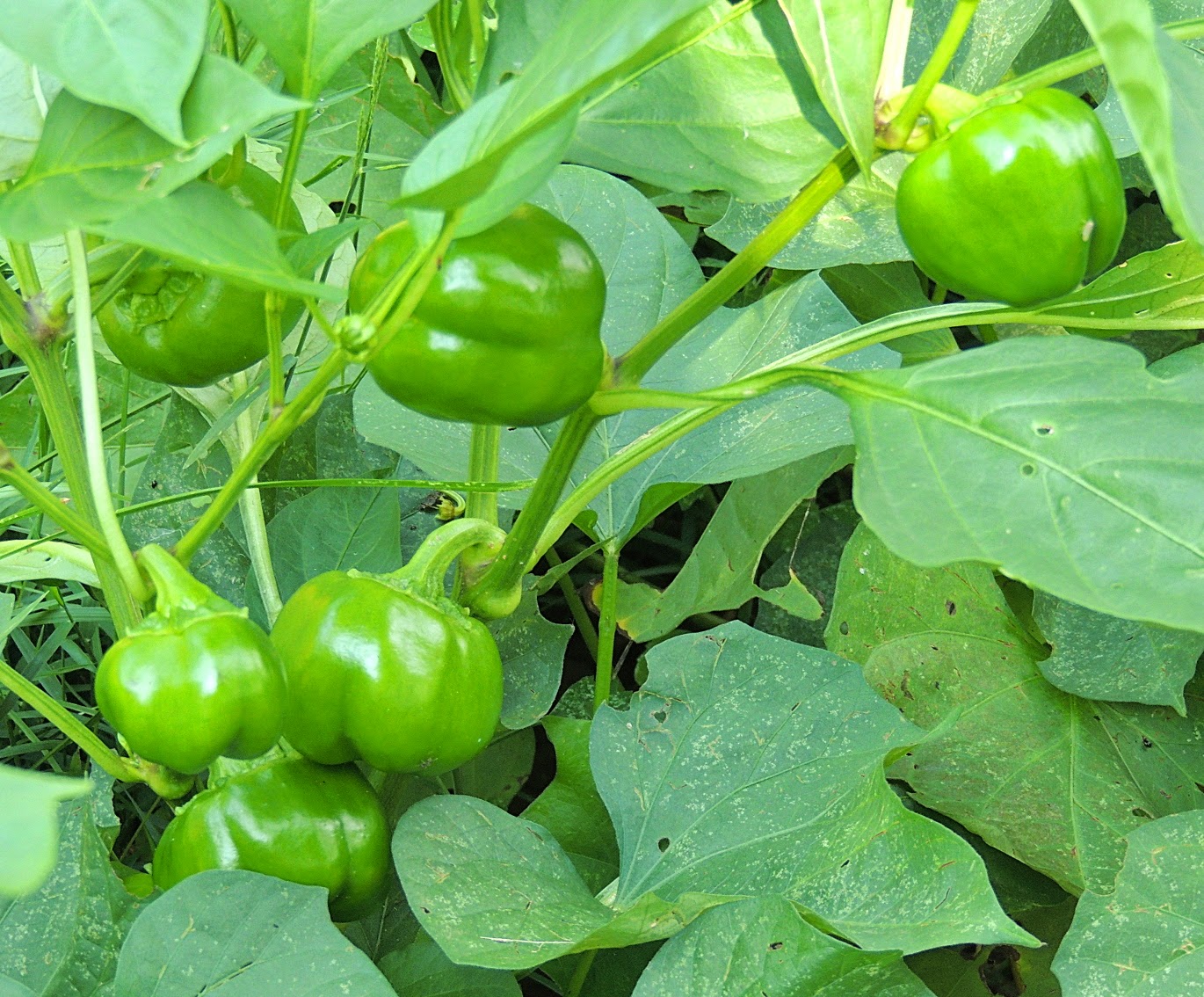 Now take care everyone and good luck with the "challenge of 5"!

"Thank you Punkin's Patch for the fun idea"

Tales of a crazed Tomato

Crazed tomato you say? Are they not simply vegetables? Unable to do much more than convert water and sun into growth of some sort, raise fruit, go to seed and then add to the organic content to our world?

Well I can say from watching the garden this year some plants have a mind of their own...really!
Several posts ago I wrote about two interesting plants we have tried this year, one was the Orange Oxheart Tomato. It is the most unreal tomato plant I have ever had anything to do with.

I believe when I posted before it was  just starting to climb the trellis. I teased Ralph unmercifully when he built the trellis as it was way too high. I was wrong...so wrong! Here are some more photos as the OO, as we refer to it, has continued to grow.

The last photo in the previous plant post was taken on June 17th of this year....now watch this plant grow!

July 4th...we noticed at this point the plant was developing thick stems, very thick and heavy as if it was going to be strong! It has also started to have a few blossoms.

July 10th.  Now it is not just getting taller but it is getting bushier and has more flowers tucked away in the foliage. There are now some tiny tomatoes showing up. Ralph has been tying it to the trellis with a thick wool as it is getting to be a heavyweight plant!

July 29th....note the red arrow is pointing at the top of the trellis. It is 8 feet off the ground. The Snow Cap beans have decided the OO is just right to climb so now we have beans and tomatoes in a crazy mass of green! The more we look into this plant wall the more tomatoes we find and they are getting big! Not even thinking about getting ripe but they are getting big!

August 7th. The end of the trellis has the plant confused...it can't go up so easily but now it is branching out. If you look closely you can see two tomatoes out front. They have weighed the branch they are on down enough so it is sagging out of the main plant's sheltering leaves.

The best part of all! This is what is under all that plant! A herd of huge green tomatoes. We think there are about 15 of these big ones and there are lots more in various stages of growth! We are anxiously waiting for the first hint of color. These will be orange! Ralph thinks these weigh in around 1.5 pounds so far.

The trellis wire is starting to sag under the weight! We so enjoy going out to see the OO as it continues its quest for tomato perfection or at least Tomato size! I look around the local gardens and wonder why everyone else has "normal" tomatoes, determinate vines and small tomato cages or trellis's.  We suggest living dangerously...go heirloom, go indeterminate, go Orange Oxheart!